Yahoo stake rises, if the proposed floatation on the US stock market happens as currently predicted. Yahoo holds a major investment in the company Alibaba and if the floatation proceeds, they too, are going to benefit from the floatation.

The date of this floatation is still under wraps, but it could be as soon as April, but at present the date is still unknown. But the floatation of this company could do even more for Yahoo; the ripple effect could mean that the company experiences a rise in its own value. This would give Yahoo a double blessing from the release of the Alibaba on the US stock market. 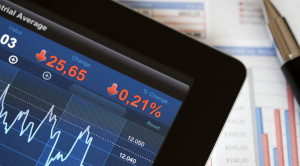 What is interesting is a Chinese company choosing the US stock market for the release of the company, instead of a market closer to home, Hong Kong, though, has been removed from the contending markets. There is no clear indication as to the possibility of the release being on the New York stock exchange or on the Nasdaq exchange, the latter being the more technology savvy exchange.

This possibility of the exchange being chosen in the US, the company speculates will help promote the company’s image, one that is there for the world and not just the Chinese markets that it has grown from. It will have the opportunity to ‘pursue our long-term vision and ideals’ according to a report in the Independent.

With reports that this floatation could bring in $15 billion, it would put this company in second place on the internet companies, with Google still dominating the top spot. But this will give Yahoo access to a greater share on the internet market than at present and will improve the company’s position with the 24 percent stake in the Alibaba company. This is great news for Yahoo as well as Alibaba Group.