Although Google is a leading market participant that primarily belong to the search engine and online advertising market sphere, the company might have some exciting acquisition plans targeting companies from other areas except the internet zone, for example, tech, robot and home automation. However, despite being very ambitious and known for their diversified attitude, the company founders couldn’t just clinch every single acquisition plan they ever dreamed of.

But, not anymore. Google’s newly implemented stock split has been proved to be an excellent game changer. As of now, Google’s current two founders hold 56 percent voting rights. With the new class C share, Google founders will be able to keep their rights over the company intact. The non voting shares will give Google the privilege to acquire companies without compromising its voting right now.

Now when the company is free from such limitations, what kind of acquisition deal it may go after? Looking at the company’s past expansion trend and growing interest in technological collaborations, analysts have come up with some possible options investors might like to make a note of. However, before giving an insight about Google’s next possible takeover targets, here is a brief on what exactly the class c shares may mean for the investors.

What the New Stock Split Might Mean for the Investors

First, the stock split will favour Google’s future Mergers & Acquisitions as offering additional stock incentives will be much easier for the company now on.

Second, Google investors might see half of the earnings per share (EPS) that they are habitual of expecting every year. But they shouldn’t be worried about that. This doesn’t mean that company’s earnings will be less; but it means that the total earnings per shares will be divided into two class action shares. Investors shouldn’t panic to see the changes in the EPS.

Third, the new stock split will also make Google’s stock seem affordable for the regular investors. Google stock traded over $1000 a share, which made it very expensive for many short term investors. However, the stock split will now divide the share value in half. This is why investors who could not buy the stock earlier will now add Google stock to their portfolio. This whole scenario would potentially give an additional hike in the demand of the stock. The jump in stock demand, however, is going to drive the value of the stock higher once again. Plus, involvement of more and more investors means the stock of the search engine giant is going to be more volatile.

Google is going to have more freedom in terms of liquidating a deal through stocks. What companies are going to be in the Google’s bucket with such an overwhelming privilege?

Everyone is aware of Google’s strong curiosity in the smart brains responsible for unbelievable technological innovations these days. Google started as a search engine and online advertising company, but gradually preferred to spread out in several other industry verticals. 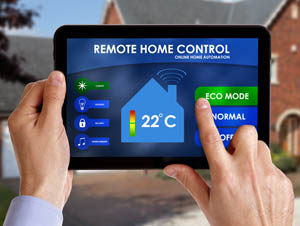 What else the company might take into consideration? Well, Google is the best at what it does. Seems like the company founders has appointed an excellent consulting and engineering team to guide their each movement. If investors take a look at the company’s recent activities or its past trend, they’ll be able to see how proactive Google has been in terms of identifying the best minds and building mutual relations with their companies that are behind mind blowing technology evolutions taking place these days.

Consumers tastes and preference are changing fast. Google is enough smart to understand that. Apart from being a dominant player of the internet world, Google is now trying to be a leading name in the wearable technology as well. Android, the most popular Smartphone operating system developed by Google, will now be used for the Smartwatches. Google has partnered with mobile handset makers like LG, Motorola, HTC and Samsung to build the new user interface. The company has already started working on this voice enabled technology and can be expected to grow fast. If Google sees it feasible, may be it will acquire the smart app developing companies in the future to make the product features even better.

Google is going to launch its own Smartwatch named Nexus Gem. If this news comes out to be true, as analysts believe, the online company will have a strong base in the consumer electronic industry as well. As of now, Google didn’t reveal much about the product features and designs, but seems like it might go after some big master minds in the mobile technology in the future to come up with some revolutionary product features or unique user interface. Google might think about acquiring Smartwatch maker Pebble or Smart wristband maker Jawbone or FitBit, for example. 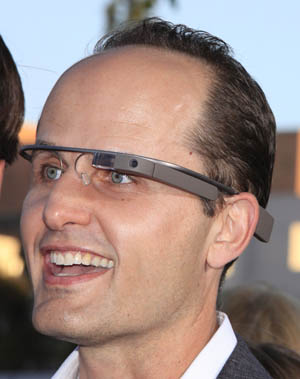 The same thing can be expected with Google Glass. Google Glass has been a great innovation in the world of wearable computers. Google Glass was developed by Google X, a special facility within Google that works on technological advancements such as driverless cars. After a successful launch of this excellent device, soon investors saw Google to invest in MedicAR, a new Google Glass app developed by Drioder, to help medical students with surgical training. This new product application also helped Google Glass receive numerous appreciations from the medical world.

It doesn’t end here. Google is also using its mobile operating system for the soon to be launched Android TV. The new operating system based Android platform will be able to stream internet content. The company also acquired Green Throttle games lately to add mind blowing game features to its Android TV set top box. Analysts predict perhaps Google will try to explore more in the hardware segment and may take an interest in game developing companies like Ouya in the future.

Maybe the search engine company is looking to expand in the internet connectivity area also. Investors have seen Google being active in building Fiber network in cities like Austin, Tex., Kansas city, Utah and Provo. There is also news that perhaps Google is thinking of launching its own mobile network as an MVNO, mobile virtual network operator. According to Google’s aspiration, it’s trying to help customers have a wonderful mobile browsing experience at a lower cost. In this case, Google won’t build a whole new infrastructure. It is going to make a collaboration with the 3G and 4G network providers currently operating in the country and buy access to their services at a wholesale price.

Is Google thinking of buying more companies in Robotics? The company has already bought 8 participants in that market segment. If it’s thinks of acquiring more companies from that space, then it might consider companies like Rethink Robotics, Honda Motor Corp’s or iRobot Corp.

If Google has interest in cloud computing, then NetSuite might be on its target list. NetSuite is in software development. It basically offers quite a wide range of business applications. Google has not given any indication on that though.

Are there any possibility for Google to expand its service in E-commerce segment? If yes, then Google might have interest in Ebay. Ebay has a strong presence and client base already. If Google acquires Ebay, it will be able to stand strong against its rivals Amazon and Apple. However, Google has to operate side by side its competitors in that case.

Analysts have been watching Google’s every move for quite a while. Google has been extremely active in the areas of technological advancements. Industry watchers believe it might also try its hand in self driving cars. Google’s growing interest in Tesla Motors Inc. might be a clear indication of that.

There are endless opportunities in the market. Many startups have brilliant technologies to unveil and are looking for prospective partnerships. Google will surely do exceptionally well in collaboration with the big minds. If something was holding the company founders back from investing in different acquisition opportunities, that was only the fear of losing control over the company. Google was a bit hesitant in the past because of this reason. The new stock split will free Google from such obligations and help it build its expansion plan effectively.

Google To Use Profile Pictures Names In Ads

Joseph is the editor-in-chief at TechShares.co.uk and is responsible for streamlining the website.