There are unconfirmed reports that Google is working on a new operating system dubbed “Android Silver”, targeting the affluent, in an attempt to re-write the notion that ‘Android is for poor people’.

The move will be widely considered to be an attempt to tame Apple (AAPL), whose Smartphone brand (iPhone) has enjoyed unrivalled success. Already new data shows that Google’s Android has overtaken Apple’s iOS by market share, and according to data shared by Opera Mediaworks, Android is also expected to catch up in terms of mobile revenue by the end of the year.

The Crown Jewel of the Smartphone Market 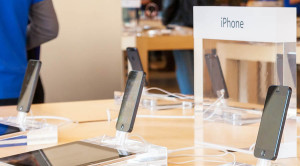 Currently, Apple gets 75% of its revenue from the Smartphone market. Already Google Play app store has overtaken Apple’s iTunes as the app store with the highest number of downloads. But Apple is still ahead in terms of revenues from these downloads as its users often pay more.

It is widely believed that iPhone users shop for quality and opulence, and that is why they pay the high prices charged for iPhones. Indeed, it is true that iPhone is superior in terms of platform quality, but Android is slowly catching up. However, the perception that ‘Android phones are for poor people’ still weigh heavily on Android. As you read this, iPhone is still the crown jewel of the Smartphone market.

What People Are Saying About Android Silver Plan

According to reports posted by The Information last week, Android Silver is meant for high-end smartphones to compete with iPhone. Google will work with mobile phone manufacturers to produce high-end smartphones with a limited number of non-Google apps. These apps will be pre-installed, but the consumers will have the option to uninstall them.

There are also rumours that Google could be bringing in Android Silver to replace its Nexus phones. Nexus is Google’s four year old brand of pure Android operating system. The Android system used by different manufacturers have been customized by those who utilize it to fit their different needs such as own interfaces, browsers, custom apps, and services. Nexus is the basic Android. The introduction of Android Silver OS could also be an attempt by Google to dictate Android phone manufacturers to use Android with limited customizations, if any.

The Google Nexus Android phones are difficult to tell if they are really Android. This is because, unlike the normal Android phones that display Android at startup, Nexus phones display the makers’ names or just “Google”. So perhaps Google wants to do away with this feature since it wants to establish Android as its own brand.

Taking the fight to Apple won’t be easy, and this is why the California based internet giant is expected to spend a fortune on the Android Silver program. Rumours have it that the figure could be as much as $1 billion, only for marketing and support services for this new OS. But given what is at stake if the Android Silver system succeeds, this could be a small token.

Google might have finally found the answer to Apple’s iOS unrivalled quality. But there are more questions than answers about Android Silver that can only be answered by Google itself!

Google Makes Android Ready for Use in Cars