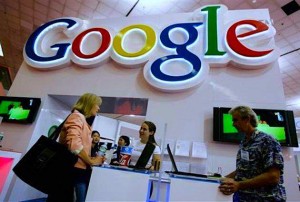 On Tuesday,Google (NASDAQ: GOOG) announced that its internet retail business will be offering overnight delivery in Northern California. This comes in hardly a year after the internet maestro launched its Shopping Express service.  Back in September, Google begun offering same day delivery, and now these services are available in parts of Los Angeles and New York in addition to the default areas, Silicon Valley and San Francisco. This new move is likely to be interpreted as declaring war on Amazon.com Inc.’s (Nasdaq: AMZN) area of dominance.

While Amazon has its own warehouses filled with its inventories, Google work with chain stores, for instance Target, Staples, Walgreens and Whole Foods. However, as the search engine giant continues to expand its online retail business, Amazon has every reason to be cautious.

Google’s overnight delivery is available in a number of cities on the opposite side of the bay, right from San Francisco, as well as Oakland and Berkeley. This service is expected to expand further to Crescent City – next to Oregon border – in the North, and Fresno and CA’s Central Valley in the south. Only orders placed by 7:00 p.m. will be delivered the next day. The internet giant turned online retailer also targets Yosemite and Big Sur, which the company considers as its prized wilderness destinations. However, deliveries on such destinations will be made possible through “major shipping carriers.”

There is no company that is comfortable with Google sniffing around. Just a few years ago when Google entered the Smartphone world, everybody thought that Apple Inc. (NASDAQ:AAPL)was several years ahead of it and it would take the company ages to reach that level. As we speak, Android Smartphones have outnumbered their iOS counterparts, and even Google Play App store has beaten iOS in number of downloads – one thing that many other players have failed to do.

Why Online Retail is Good for Google

For the past couple of months, there have been a few headlines that have taken punches at Google. Its leading Android phone maker, Samsung, is soon launching Samsung Z, which uses Tizen operating system. This could derail Google’s quest to be the dominant player in the lucrative Smartphone business. The new operating system could also see Samsung stop making Android phones, which is a big blow to Google.

In other news, Apple Spotlight search tool will be replacing Google as Spotlight’s web search provider with of Microsoft’s (NASDAQ: MSFT) Bing. Apple is probably doing this to reduce its customers’ dependency on Google as the default search engine.

With the future not looking very rosy for the internet giant, online retail could a good line of business. Given Google’s big name and the point-to-point delivery style it has taken, this new line of business could really work well. If its decentralised model, which uses shopping retail stores, can work, then Google will also have solved the toughest math problem that online retailers often face, which is logistics.

The race to capture American retail market is underway, and not only for American retailing companies, but also international companies. Soon, Amazon will also be taking blows from Primark, the Irish clothing retailer, and Alibaba, the Chinese internet conglomerate tipped to be second only to Google in terms of its sheer size.

Google is a strong brand with internet omnipresence, and it therefore brings Amazon a rare challenge. It is only a matter of time before its internet retail business becomes a more conventional ecommerce rival to Amazon.

EU’s Right to Be Forgotten Reveals A dip Digital Divide

‘Right to be forgotten’ Pushes Google to be More European
[advertisement]