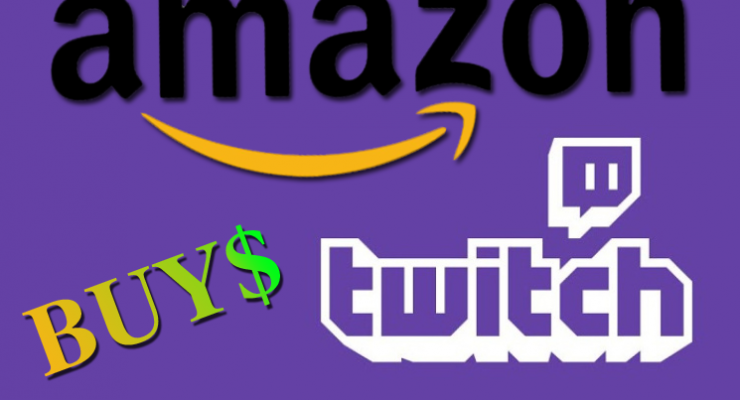 On July 25, we reported that Google Inc. (NASDAQ: GOOG) was in the verge of acquiring Twitch for $ 1 billion fee. Things seems to have taken a different turn and now Twitch has confirmed that it has been acquired by Amazon.com (NASDAQ: AMZN) instead. It is emerging that e-commerce giant pounced on the deal after Google and Twitch arguably failed to agree on a breakup fee due to the antitrust issues.

Google has courted Twitch, a video game streaming website, since May when the first reports emerged that the two tech companies were in talks. While neither Twitch nor Google ever confirmed these reports in public, VentureBeat confirmed the deal saying it was only awaiting official confirmation.

On Monday Amazon confirmed the deal is happening. The e-commerce giant said in a press release that it is investing in Twitch, which dominates the online video streaming.

Twitch CEO Emmett Shear has also confirmed that Amazon has acquired his company. Through a statement posted on the company websites, he praises Amazon and justifies why the company accepted the e-commerce company’s offer.

“Today, I’m pleased to announce we’ve been acquired by Amazon. We chose Amazon because they believe in our community, they share our values and long-term vision, and they want to help us get there faster.” – Emmert Shear, Twitch CEO.

“Like Twitch, we obsess over customers and like to think differently, and we look forward to learning from them and helping them move even faster to build new services for the gaming community.” – Amazon CEO Jeff Bezos.

Amazon will pay $970 million in cash and potential add ons that may value the whole deal at $1.1 billion. The deal will be completed next year.

Amazon and Google battle on all fronts

The Twitch deal is just but one battle among the many battles these two American tech companies are involved in.

While both companies were conventionally not rivals, both companies have diversified their portfolios through innovations and acquisitions that they are now obvious rivals. Amazon’s co-business is e-commerce, while Google’s is digital marketing.

After acquiring Nest labs, Google now makes thermostats and smoke alarms, it has invested in Smartphone market through its Android Operating system, it operates an online retail store known as Google Shopping Express and it is still the leading digital medium of advertising. Amazon on the other hand ventured into electronics, has recently revamped its digital media investment especially T.V. programs, and is working on delivery drones. Google and Amazon are already offering same-day delivery in select markets for their retail sites.

Gamers have preferred to use YouTube for posting game ads, highlights and tutorials, while using Twitch as the live broadcast platform. More than half of Twitch viewers spend at least 20 hours a week watching, with every viewer watching 106 minutes per day on average. In short, gamers spend more time on Twitch than YouTube. Consequently, fusing the two video giants would not only have helped the search engine giant eliminate competition, but also expand its video community.

The Twitch deal is strategic for Amazon given its recent foray in digital media. This acquisition will definitely help Amazon in its quest to become a heavyweight in digital advertising, a market which is currently dominated by the search Company.  To Google, missing Twitch is not just a big miss, but losing 50 million potential online viewers to its now sworn rival, Amazon.