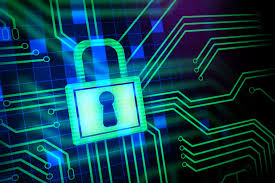 All mobile devices running the new iOS 8 software will be encrypted by default thus assuring protection to user’s data. Google and Apple have offered the encryption for quite some time now although many of the Android users were not aware of it and therefore were not running it on their devices.

Mr. Tim Cook, Apple’s boss, through an online message said that the company’s main commitment is to provide their clients with the greatest user experience without compromising their privacy. The new software will assure users their privacy as they use their mobile devices.

Mr. Cook also emphasized that the new iOS 8 software is meant to improve customers’ privacy only and Apple will not use its clients’ private information to disseminate any advertisement information to them from Google or any other partners. He said that Apple does not use information stored by clients on their iPhone or iCloud to advertise to them nor do they read any messages or emails stores on users’ devices. He also said that Apple has a specific function for business advertisement called iAd, which users can disable.

Google announced their support on the default encryption saying that the encryption had been offered by Android for the past three years although it was not on default mode. Since the new encryption will be by default, Android users will not be required to turn it on.

Apple and Google are now following the footsteps of Blackberry which has offered default data encryption for quite some time. The move by the two companies to launch the new iOS 8 software comes following the leakage of some nude photos of celebrities over the internet in earlier September. Among those affected was Jennifer Lawrence and the leakage was attributed to iCloud storage services offered by Apple.

David Emm, a researcher at Kaspersky Lab, told BBC that default encryption is more about privacy rather than protection. He said that with automatic encryption, it will be difficult for users’ private information to be accessed by third parties. He also clarified that the protection will only apply to data on Apple or Android devices, but any information stored on iCloud could still be accessed by law enforcing authorities.